Singer, actress, author and member of one of America’s most famous musical families, Janet Jackson has sold more than 100 million albums worldwide.

Couple that with 35 No. 1 singles and a well-earned reputation for wild live shows and you’ve got the makings of a major event as Jackson hits the road for her “Number Ones – Up Close and Personal – 2011 World Tour.” 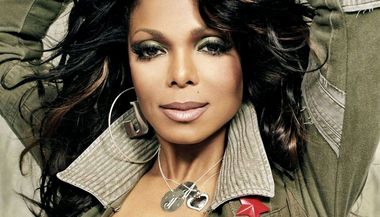 The tour, her first since the death of her brother Michael Jackson in 2009, finds the soul/R&B and pop songstress celebrating her 2009 hits compilation album “Number Ones.” Jackson will be dedicating one of her chart-topping singles to each one of the 35 cities on the tour, which will make a stop at the Mohegan Sun in Uncasville Conn. on Wednesday and carries throughout the U.S., concluding with European dates in early July.

While touring in Asia at the beginning of the tour, Jackson took time out to reflect on her life, the tour, her family, Beyonce, Lady Gaga, and much, much more.

You’ve recently released the book “True You” When did you first think about writing a book, and do you feel you accomplished your goals with its publication?

I have been thinking of writing a book for a few years now. I didn’t want to write an autobiography yet because I still have so much to accomplish in my life. I wanted to write a book that everyone, especially kids and teens, can relate to. I think that we were able to accomplish this. “True You” is about self esteem and how to get it, and I believe we accomplished that. I hope that everyone who reads it will know that they are perfect just the way they are. It has been a long road for me to get to this point, but I really enjoy my life now. I want that for everyone who reads “True You.”

Has writing the book been a cathartic experience for you?

Yes it has. As I said, it is not an autobiography, but it does have antidotes from my life. I talk about things that I thought I was over. But when writing about them, I learned that was not entirely the case. It has helped me deal with some unresolved issues.

The book reveals a sense of insecurity that you felt for much of your life. Some of it seems to have started on the set of “Good Times,” when they asked you to lose weight – at the age of 11. Looking back, do you think there were things that your family could have handled differently to improve your self-confidence during those difficult years? After all, you were just a kid.

I think that all people are different. I was the type of kid that held everything in. I am still very much like that. My family didn’t even know that I had these feelings. I do think that that time of my life affected the person that I have become. Kids are so impressionable. It is important that we all remember that we are role models, someone is looking up to us and our actions have an effect.

What do you say now when you meet kids who you know are struggling with insecurity?

I try to let them know that they are perfect just as they are. They should not listen to the media, or other people who try to tell us that we should look or act a specific way. Unless we are being morally incorrect, we need to stay true to ourselves.

Let’s talk music. The “Up Close and Personal World Tour” has had a lot of fan input, including having your fans help select the cities in which you are performing. I believe you’re also trying to make it more intimate than some of your previous tours. How do you achieve that when you are playing in some large venues?

I have been truly blessed by the response from my fans. This tour is a thank you to all the fans that have supported me over the years. I was performing a private date at Radio City Music Hall. It is a more intimate theater and all I could think about was how much fun I was having. Being able to look out into the audience and see every face in the house was amazing, and I thought, this is how I want to do my next tour.

I have been selecting venues that are more intimate, not the arenas that I have performed in the past. Almost all of the venues are more intimate. I have had to add additional dates to many locations because of the response but I am very excited about performing for the fans in this way. It’s not about pyrotechnics, it is a love affair between me and all the fans. I can’t wait to get to Uncasville and see everyone.

You have had some astounding sales figures through the years, including selling more than 100 million records worldwide and scoring more than 30 No. 1 hits. You’re one of the best-selling artists, female or male, of all-time. Did you ever have any sibling rivalry with Michael concerning your own success? Was he ever jealous of what you had accomplished?

No. All my family has enjoyed amazing opportunities and we have been blessed to enjoy some success. I am happy that I have written music that the fans can relate to. 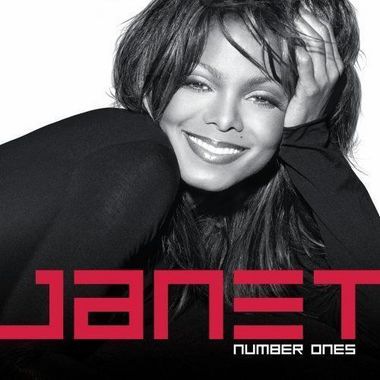 Your shows have always had a lot of choreography, tons of lighting and a combination of playfulness and eroticism on stage. On past tours during “Would You Mind” you’ve brought male members of the audience on stage and teased them while whispering and touching them. I saw Beyonce’s last tour and she’s incorporated a very similar thing into her act. Was she stealing your idea and do you consider that a compliment? Or did you also get the idea from earlier performers?

I am flattered when artists are inspired by what I have done. Imitation is the best form of flattery. Performing is an art for me. Just like when I write my music, I am inspired by whatever is going on in my life at that time. I guess you would need to ask Beyonce if she was inspired by me… I can’t really answer that question for you. The idea for that section of my show came to me when I was creating the “janet” Tour. That is where it all began for me and it has become more playful with each tour.

When you’re performing all these highlights from your career on this new tour, have there been moments that caught you emotionally, songs that mean something extraordinarily special to you, especially when reflecting on them years later?

There are times while performing that (memories) will enter my mind of that period in my life. They’ve all been wonderful thoughts.

When you recorded “Got ‘Til It’s Gone,” it surprised some people to learn that you were a big fan of Joni Mitchell. Are there other artists whom you admire that some people might not expect?

I love Joni. She is so talented. Growing up we always listened to all types of music. In one room, you would hear classical music, in another, jazz. As kids we would sing while we were doing our chores. Writing music while doing cleaning the kitchen… (laughs). I was inspired by jazz, bossa nova, samba, and artists like Marvin Gaye, Stevie Wonder and Sly & the Family Stone. With bossa nova, it’s the rhythms and melodies. The mood and tone put me in such a euphoric state. I fell in love with it the first time I listened to it. With jazz, I found the moodiness very sexy. I love the beat of the drums.

When do you think you’ll be doing another studio album, and do you think the experience of writing the book will be reflected in your next music?

I plan to go into the studio later this year. I want to take my time with it. I don’t know what it will be yet, I have a few ideas but I want to be inspired by what is going on in my life. I hope that the fans will relate to it. It is possible that “True You” will have an influence in what I write… I have grown from writing the book, so I am sure some of that will come through in my music.

What’s it like performing in China? And does anyone in positions of authority ever give you a hard time about your stage attire; like that futuristic cat suit you’re wearing on stage on this tour?

(laughs) … I loved performing in all of Asia. The fans are so enthusiastic. I get so much energy from the audience. Nobody seems to mind what I am wearing. I am telling a story… from the songs I am singing to the choreography and videos to my costumes. We are just trying to put on a show that will let the fans escape from their troubles for a few hours and just have a good time.

You’ve said recently that you’re finally getting to the point where you can think about Michael and smile, thinking about the good times you had. What are some of those memories that make you smile the most?

Those memories are very personal to me and I would like to keep them to myself.

You’ve grown up in the spotlight for almost your entire life Have other people – from outside your family – who shared a similar experience – ever been able to help you put it all into perspective?

I have been very fortunate that God plays such an important role in my life. I start each day with a prayer. I think that relationship is the one that has been most influential in putting everything into perspective for me.

How much did watching the Motown performers such as Diana Ross, Smokey Robinson, Stevie Wonder – and of course the Jackson 5 – play a factor in your musical development, and your approach to performing on stage today?

They are all such amazing performers. They take such great care of their audience and give so much. I guess that would be the biggest influence… Appreciate your fans and let them have an amazing time with you.

What’s your take on some of the newer female stars of the era – specifically, Lady Gaga, Rihanna and Katy Perry?

They are all so talented. I love what is happening in music today. I have been following Gaga for a long time. She is amazing… I am really enjoying Bruno Mars as well.

Tell me a bit about the “20 Under 20” program and what you are hoping it will accomplish?

We all see so much negative news today. It is everywhere. I want to acknowledge kids that are doing great things to change their communities. I am so inspired by these kids and I hope that everyone will see them, and what they are doing and be inspired to do something positive as well. That is why I am asking friends, neighbors, teachers and parents to go to my website, janetjackson.com and nominate the kids they know. I will give tickets to up to 20 kids and the first people to nominate them to my show and meet them back stage. I am having so much fun meeting them and learning what is inspiring them. They are amazing!

Lastly, with being an author, an actress, a performer, a recording star and so much more, you always seem incredibly busy. What’s your favorite way of kicking back and just relaxing?

*I love to go anywhere where there is water. I love the beach… Just to relax in the sun and look at the ocean. That is what I love doing most when I am not working. *

By Kevin O’Hare, The Republican