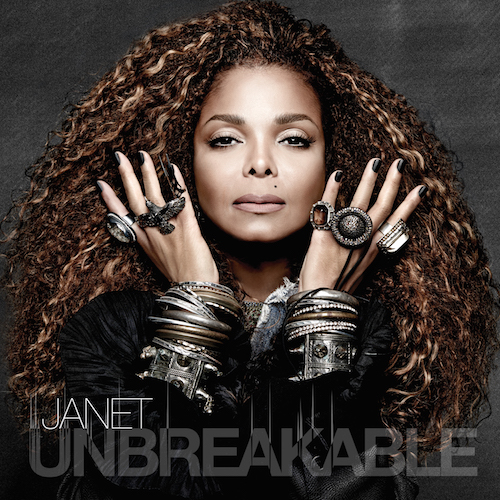 LONDON, October 15th, 2015 —: Music icon, multiple GRAMMY® Award-winner and multi-platinum selling artist Janet Jackson has added Prague, Amsterdam, Antwerp, Copenhagen, Stockholm and Oslo to her highly anticipated European leg of the Unbreakable World Tour. The UNBREAKABLE WORLD TOUR, which commenced in North America on August 31st to rave reviews and accolades, will see the return of one of the world’s most influential entertainers on the live stage, in support of her album, Unbreakable, from Rhythm Nation/BMG. Unbreakable, which just became the music icon’s Seventh #1 album, made music history by making Janet Jackson one of only three artists to achieve a #1 album in the past four decades. The UK leg will start on the 30th March 2016 at Birmingham’s Barclaycard Arena and play The O2 London on 31st March, The SSE Hydro in Glasgow on the 4th April, culminating at Manchester Arena on 5th April. Tickets for these long awaited dates will go on sale at 9am on Friday 9th October from www.livenation.co.uk

Last week, Janet Jackson’s Rhythm Nation record label and its distribution partner BMG released Unbreakable worldwide, the superstar’s first studio album in seven years. The album was released to critical acclaim and immediately raced to the #1 position on Billboard’s 200 Chart. That same week, the Queen of Pop has also earned her first nomination to the Rock and Roll Hall of Fame.

“Unbreakable” is available now on iTunes. The initial single release, “No Sleeep,” raced to #1 on Billboard’s Adult R&B chart where it is currently reigning for an eighth week, breaking Ms. Jackson’s previous record on this chart (Her “I Get Lonely” led the chart for five consecutive weeks in 1998).  The Queen of Pop surprised her fans recently by releasing through social media another track from the album, “BURNITUP!” (Feat. Missy Elliott). Dance floor-jam “BURNITUP!” opens Janet’s UNBREAKABLE WORLD TOUR show, which continues to sell out as dates go on sale.

The Unbreakable album constitutes a historic re-teaming of the iconic performer, now a holder of 46 record chartings with producer/songwriter superstars Jimmy Jam and Terry Lewis.  The Unbreakable release comes on the 30th anniversary of their groundbreaking collaboration on Ms. Jackson’s “Control” album.

Janet Jackson is one of the most influential entertainers of the modern era. Her music has won her 6 GRAMMY® Awards, 2 Emmy Awards, a Golden Globe Award, a nomination for an Academy Award along with dozens of American Music Awards, MTV Video Music Awards, BET honoree, and Billboard Music Awards. She has received accolades as an actor as well, including the NAACP Best Supporting Actor award.  Janet is a published author, choreographer, dancer, businessperson, philanthropist and one of biggest-selling artists in popular music history. With sales of over 160 million records worldwide, Janet Jackson stands as one of the best-selling artists of all time with a string of hits that have left an indelible impression on pop culture. Her music and artistry has opened doors through which other top artists have followed, while acknowledging her impact on their musical perceptions.